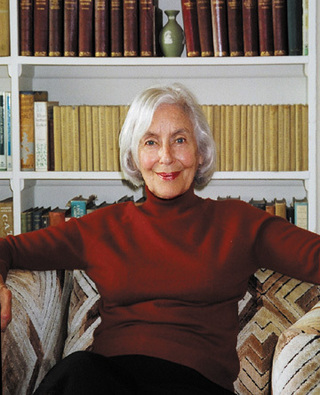 Rita Kramer grew up in the Midwest. After graduation with honors from The University of Chicago she studied English literature at Columbia University and began a career as a free-lance editor for several New York publishing firms. Her writing career has combined topical journalism with books on subjects ranging from the crisis in America’s schools to the drama of resistance in the Second World War. Her articles and reviews have appeared in the New York Times Magazine, the Wall Street Journal, Newsday, the International Herald Tribune, American Heritage, Commentary, The Public Interest, City Journal, The Journal of Military History, and other newspapers and magazines in the U.S. and abroad. She has also published short stories in various literary magazines.

She and her husband traveled extensively in Europe in the nineteen-seventies and eighties and on one of their trips driving through France they came across the Natzweiler concentration camp in Alsace, the ultimate destination of thousands of men who had struggled against the Nazis--and of four women who been brought there to end their lives. It was that discovery that led her to what she describes as “a project I never would have undertaken if I had known the Byzantine complexity it entailed--but I would have missed the most enthralling subject I ever dealt with.”

The result was Flames in the Field: The Story of Four SOE Agents in Occupied France, which went beyond the telling of the fate of its four heroines to the story of the secret organization to which they belonged, and the panorama of resistance and betrayal that underlay it.

Kramer’s latest book, When Morning Comes, her first novel, draws on her skills as a biographer, a historian, a social critic, and a lover of fiction.